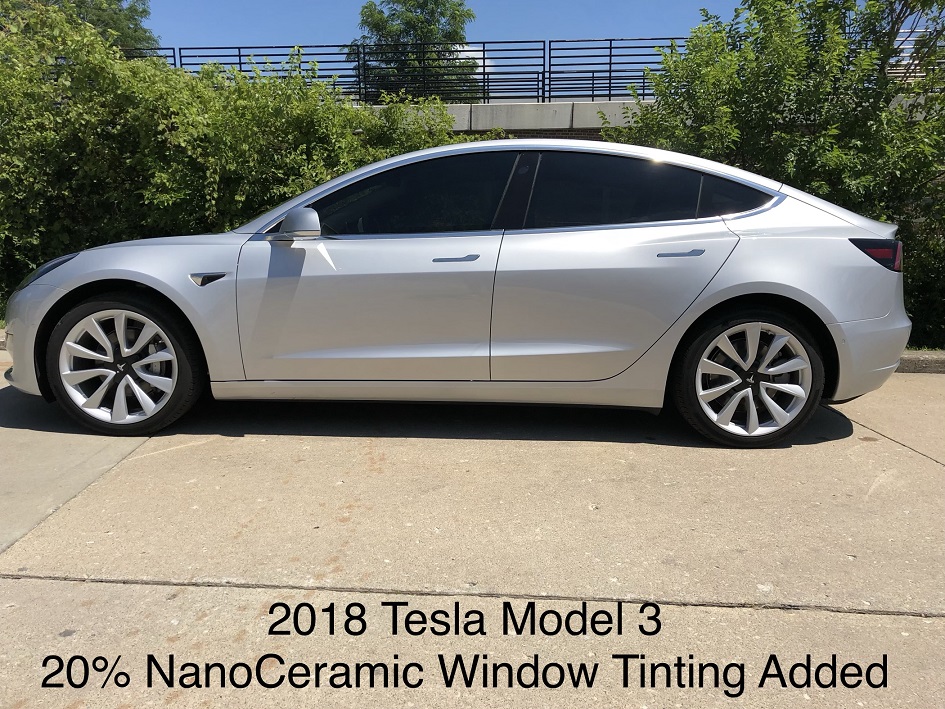 There is a Tesla Design Flaw issue that exists on Tesla Vehicles. People who own Teslas will want to know how we tint them. This page will explain.

It is Tesla's attempt to bring electric vehicles to the mainstream of American society.

Tesla is at the forefront of innovation and design which is a good thing.

We believe Tesla will be the first automaker to introduce a "Jetson's Style" flying car in the future.

Hey, who would've thought electric cars would be so popular in a time when the United States is outproducing Saudi Arabia in oil?

Tesla's model 3 has a solid piece of glass for the roof that starts just passed the front seats.

The glass is ultra-dark on top and then as it nears the rear of the vehicle the glass becomes clear with no color to it at all.

While this is an amazing design and adds to the appeal of the vehicle - a whole roof that is essentially a sunroof, it is also a problem.

This glass is designed in such a way that the dark area heats up at a different rate as the clear area when exposed to the sun.

The glass is also taking the place of a metal roof which is forcing a fragile material (in this case glass) to maintain the structural integrity of the car.

This is an innovative and forward-thinking design, but it comes with a flaw.

The thermal build up on the dark portion of the window, coupled with the structural stress placed on the glass in the roof area is causing thermal fracture without window tinting having been applied.

This is a known issue at Tesla and they will warranty glass failure.

Again, this is WITHOUT window tinting having been applied.

What some Tint shops are doing

When it comes to this particular Tesla design flaw issue, some shops are tinting the entire window by using a 60" roll and forming the film to fit the whole piece of glass.

Some are having no problem with this method. They are in climates where the temperature is more moderate, like the northwest and northeast US

Many more however are reporting that this glass breaks more easily due to the added film increasing the heat to an already weakened structural issue.

This is especially true in extreme high heat areas of the US like Arizona, Nevada, Texas, New Mexico, Georgia and Florida.

But it has also happened here in Indiana.

Uneven heating from the sun as described above, coupled with the flexing and movement of the car applying stress to the glass, creates a perfect recipe for fracture.

Adding tinting to the dark area actually increases the possibility of breakage because tint applied to dark glass creates even more heat buildup because all types of window tint absorb heat.

We have discussed this issue with many tint shop owners from around the country and the consensus is either only tint the clear area up to the dark area, or do not tint it at all.

We have explained this in detail to the 15+ Model 3 owners we have worked for. All but one went with our recommendation to tint the clear area only.

The other owner opted out of the rear glass completely.

Until Tesla redesigns the Model 3 this will continue to be a problem.

We believe in thoroughly informing our clients so they can feel good about their decision, whether they do business with us, or another shop. 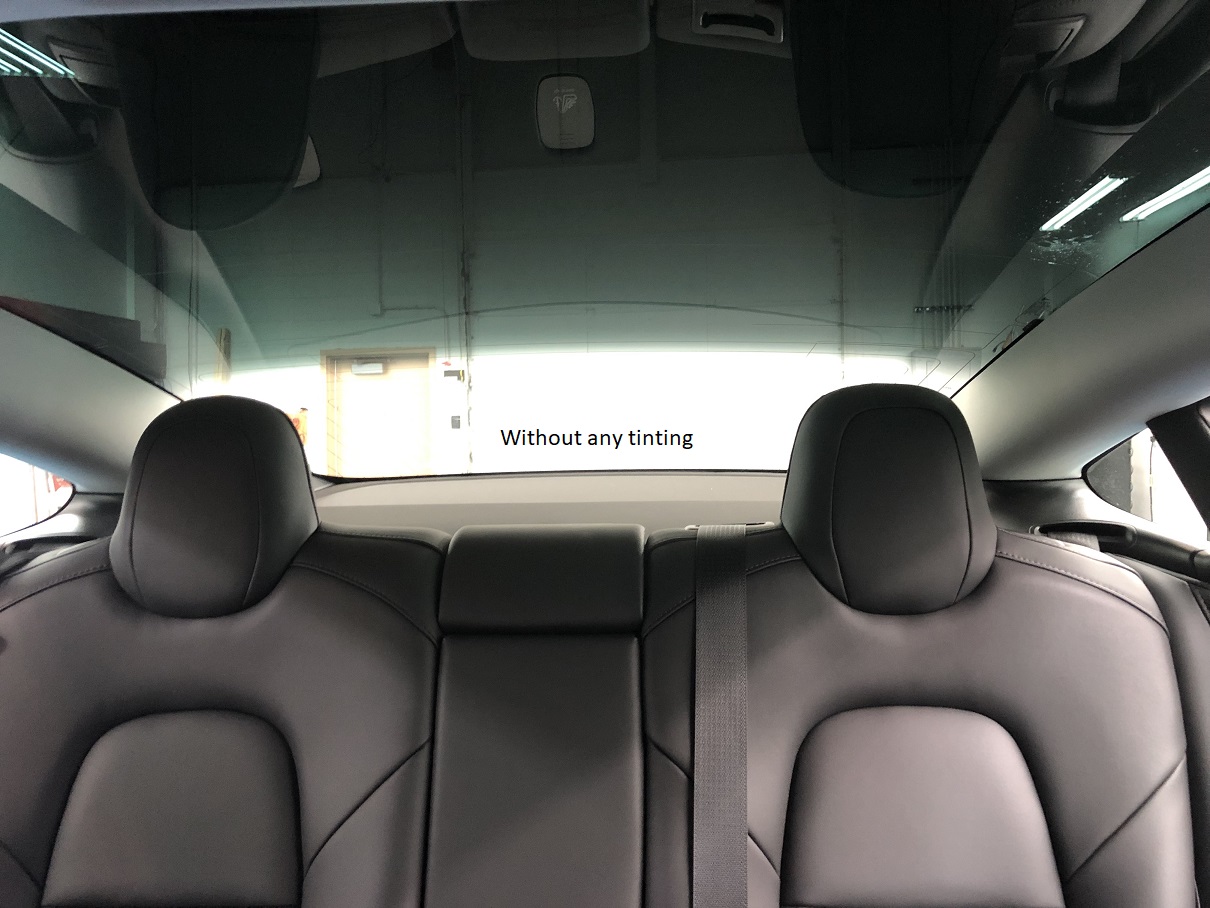 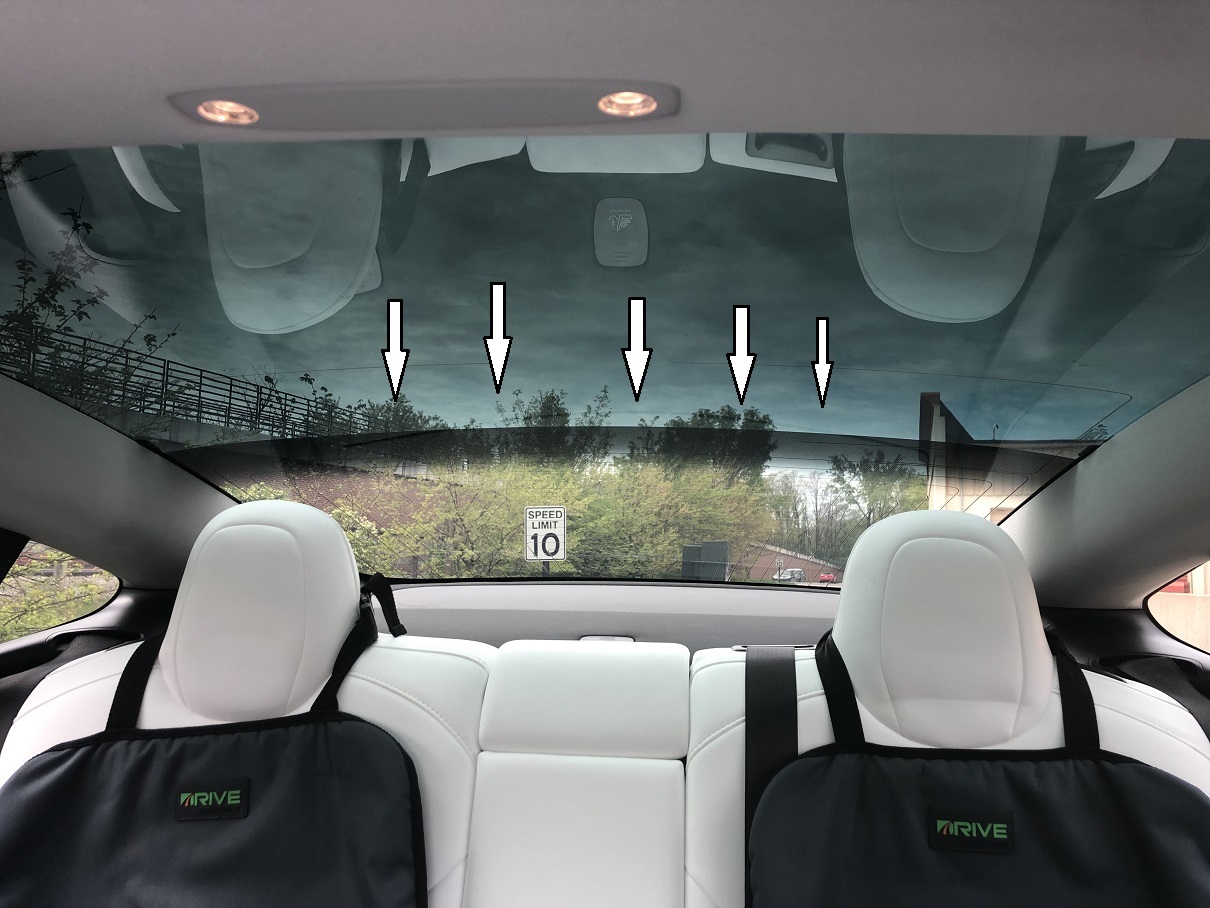 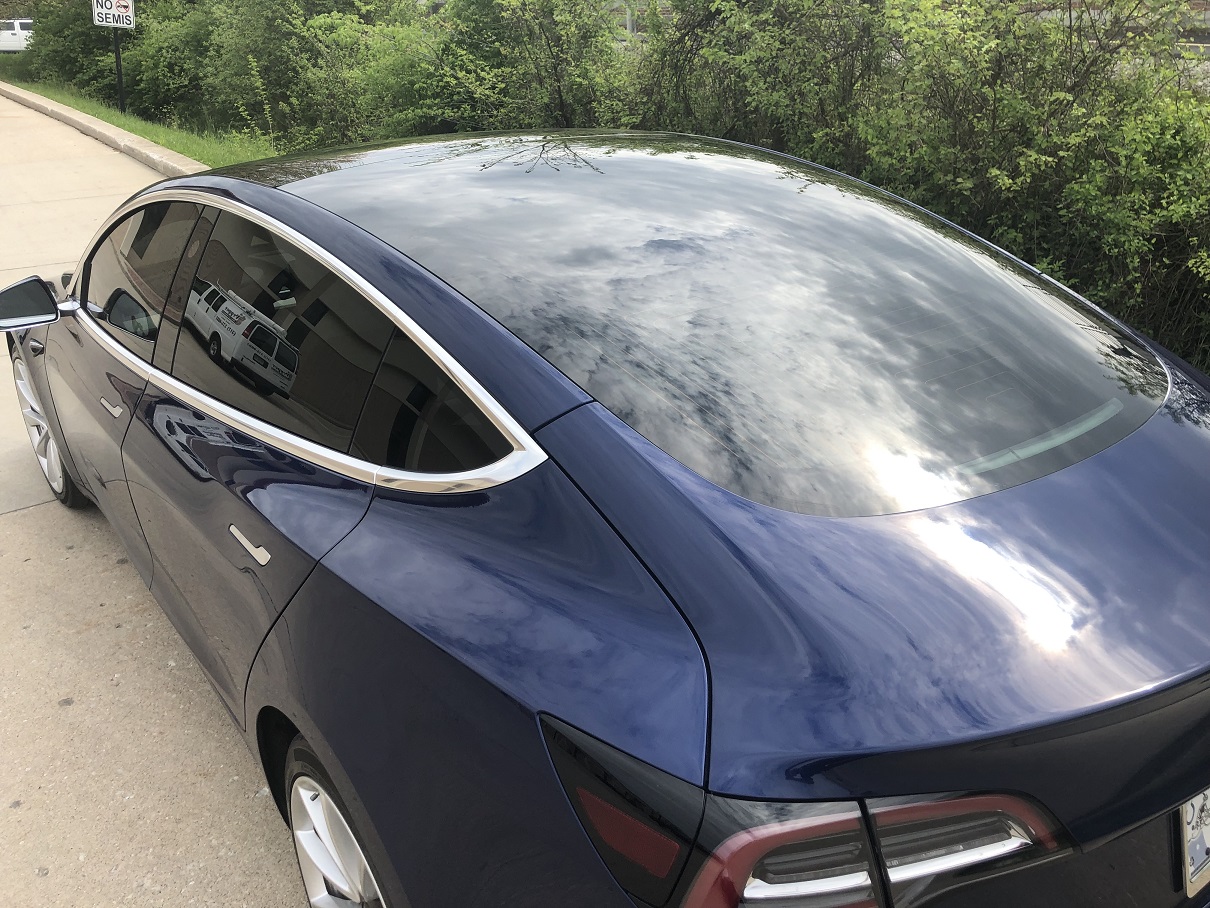 Tesla likes to be the innovator in a lot of areas, that's the good news.

Tesla likes to be the innovator in a lot of areas.

Case in point, the placement of moisture sensitive electronics 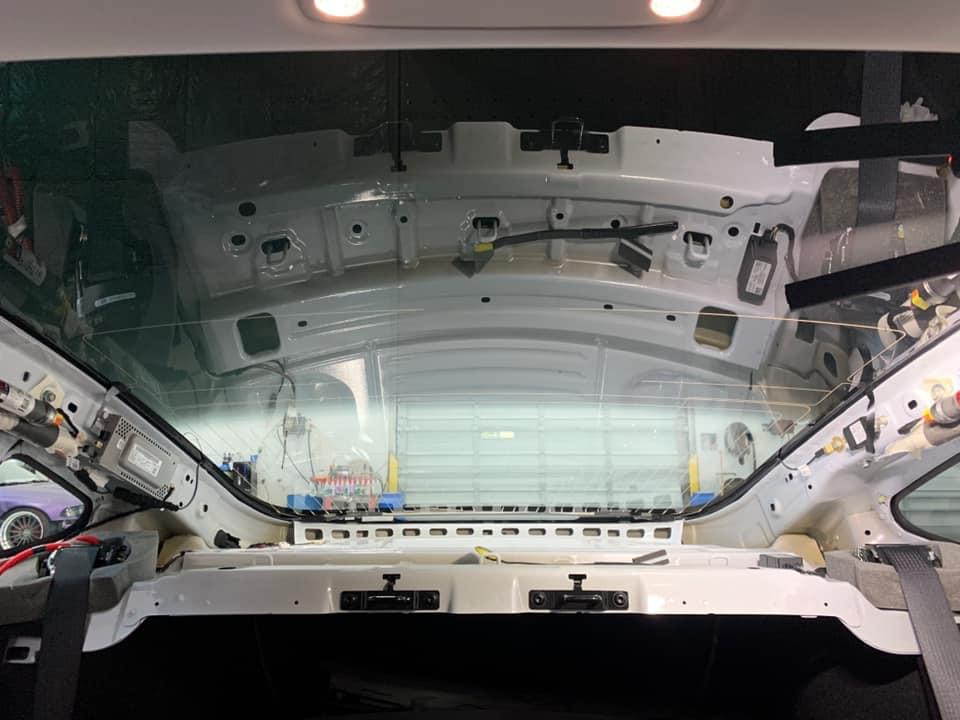 With the interior exposed on this model 3 you can clearly see where Tesla tries to hide electronics. When these get soaked with water, they often short out.

We take precautions to keep damage from occurring on the rear window.

Many Tesla models have moisture sensitive electronics hidden in the columns of their windshields. Tesla likes to move them around from model to model and from year to year - sometimes even the same year! 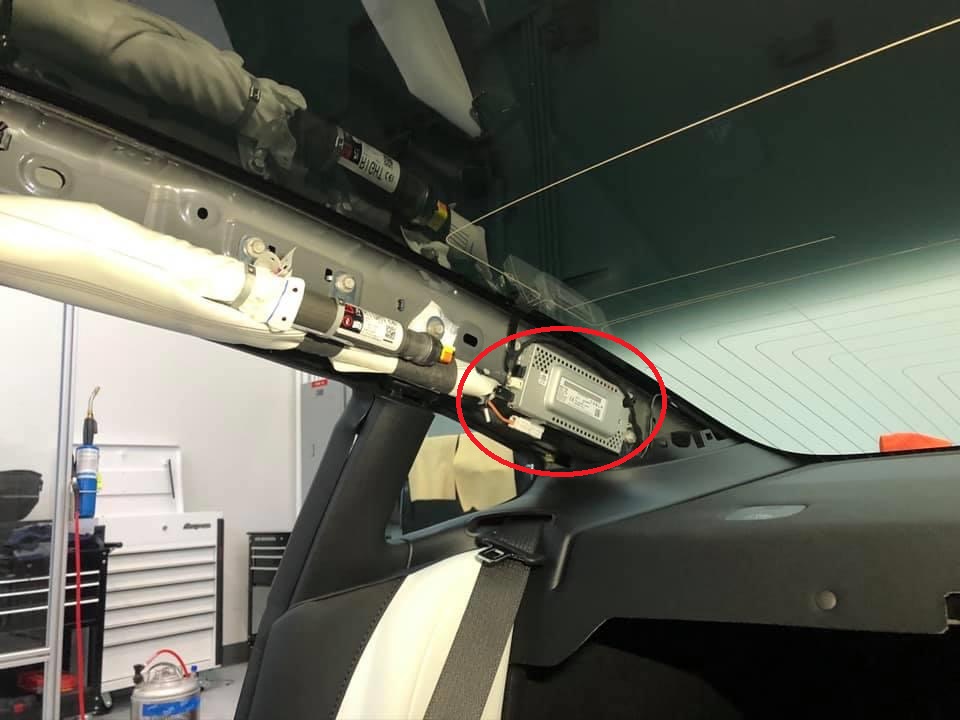 Therefore, until such time that Tesla redesigns where they put their electronics for the FRONT WINDSHIELD,

We will NOT tint the front windshield on ANY Tesla model

The Defrost Wires themselves are not properly affixed to the glass at the factory and will fall off WITHOUT TINT!

We found this on a Tesla owner's forum.

The wires are not attached to the rear glass in a way that they will STAY ATTACHED and so they will fall off randomly.

Now imagine if you tint the rear window and the wires are defective!!

Again, this is a Factory Tesla Design Flaw Issue, and it had nothing to do with the tinting installation. 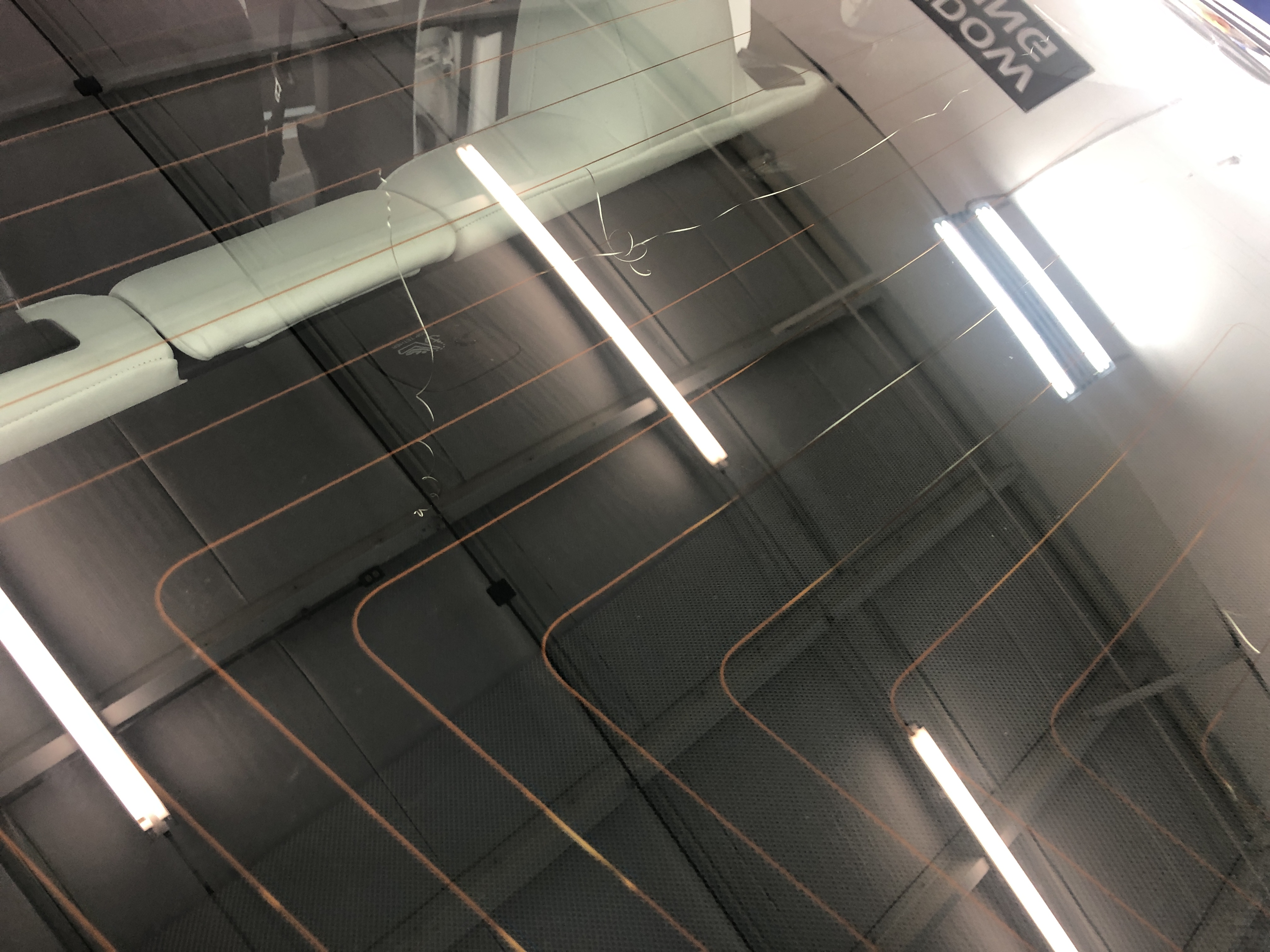 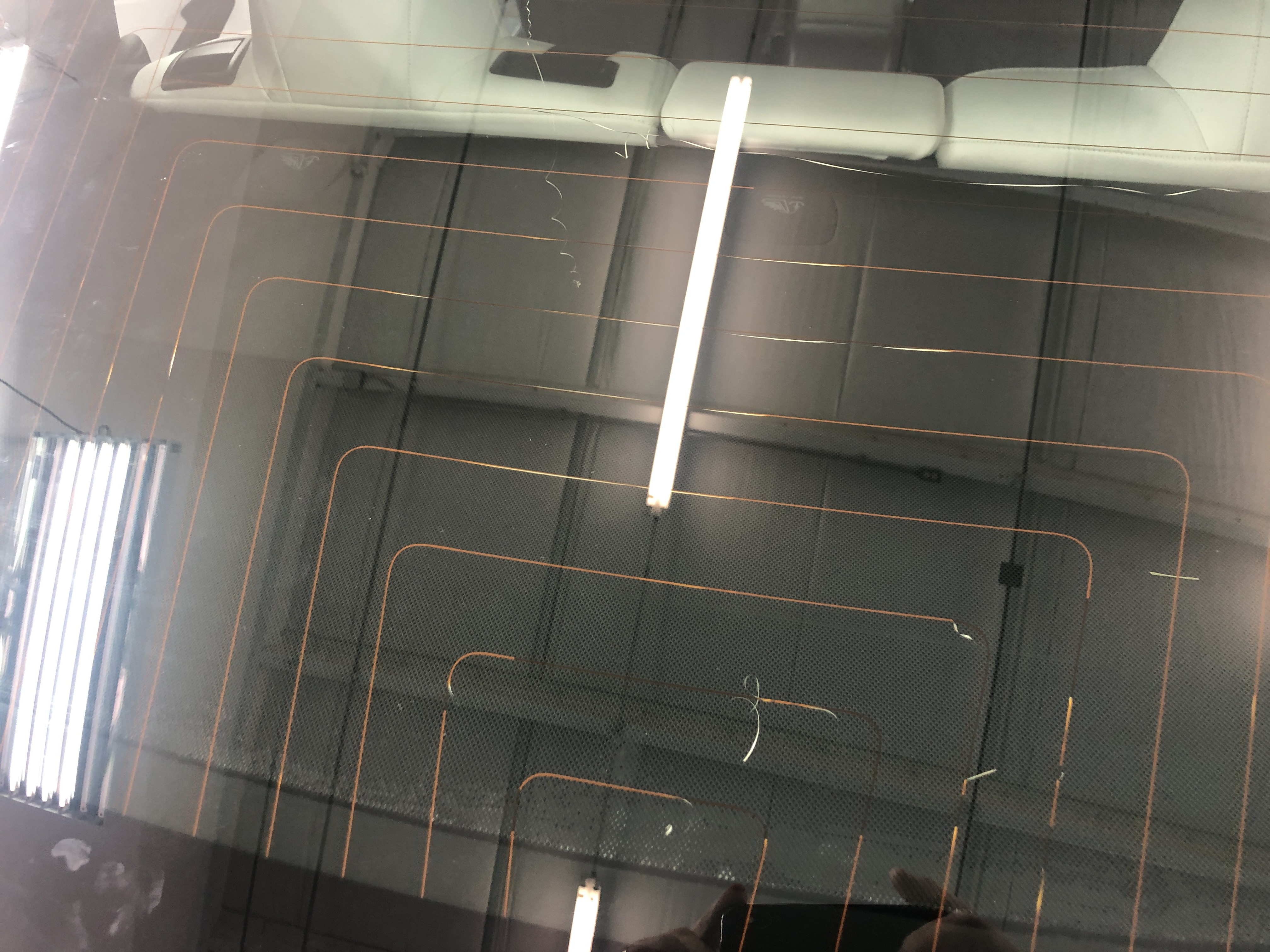 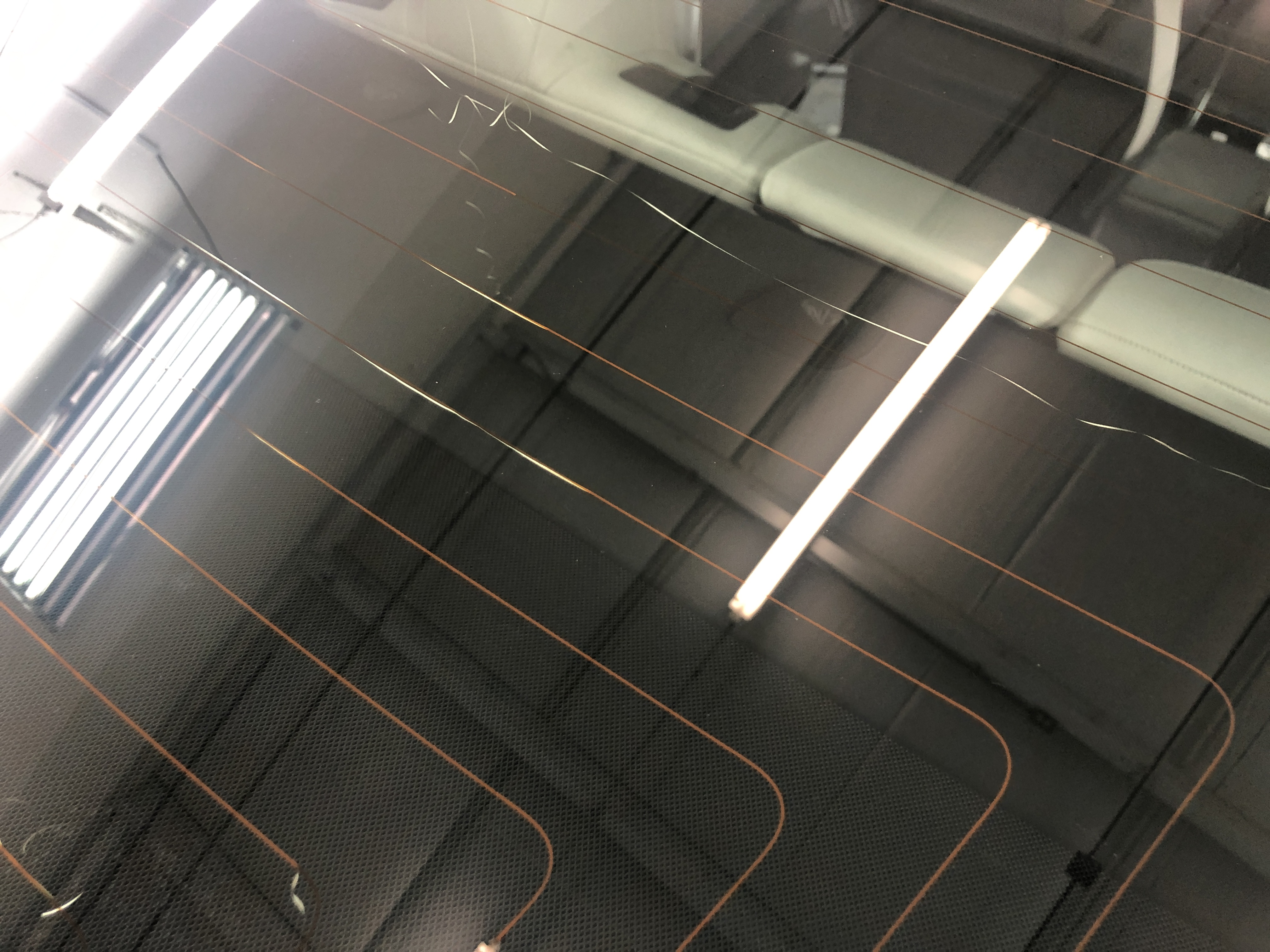 THIS IS NOT A TINT PROBLEM!!

IT IS A FACTORY Tesla Design Flaw issue!!

The Model Y is also susceptible to glass breakage and electronic issues.

Therefore, if you own a Model Y, you should consider how we tint the Model 3 as outlined above and be prepared for us to install window film to the Y in the same manner.

When we get more information, we will add it to this page