Ford Defroster Wires on the many late model F150 trucks are defective. They are attached improperly and fall off very easily.

The wires are so poorly applied to the glass that they can easily be removed by cleaning alone!

The issue is obvious. If we tint the rear window of your new F150 and for any reason, we need to remove the film - either during installation or at a later date - there is a distinct probability the wires will fall off or come off with the film.

We have added a picture of an F150 Supercrew we were working on. In this instance, we had not even installed the film to the glass yet.

During cleaning of the window, the defroster wires literally fell off the glass!!

This is a FORD FACTORY DEFECT and not the result of aggressive action on our part!

In this case the client was informed what happened and he was ok with it. 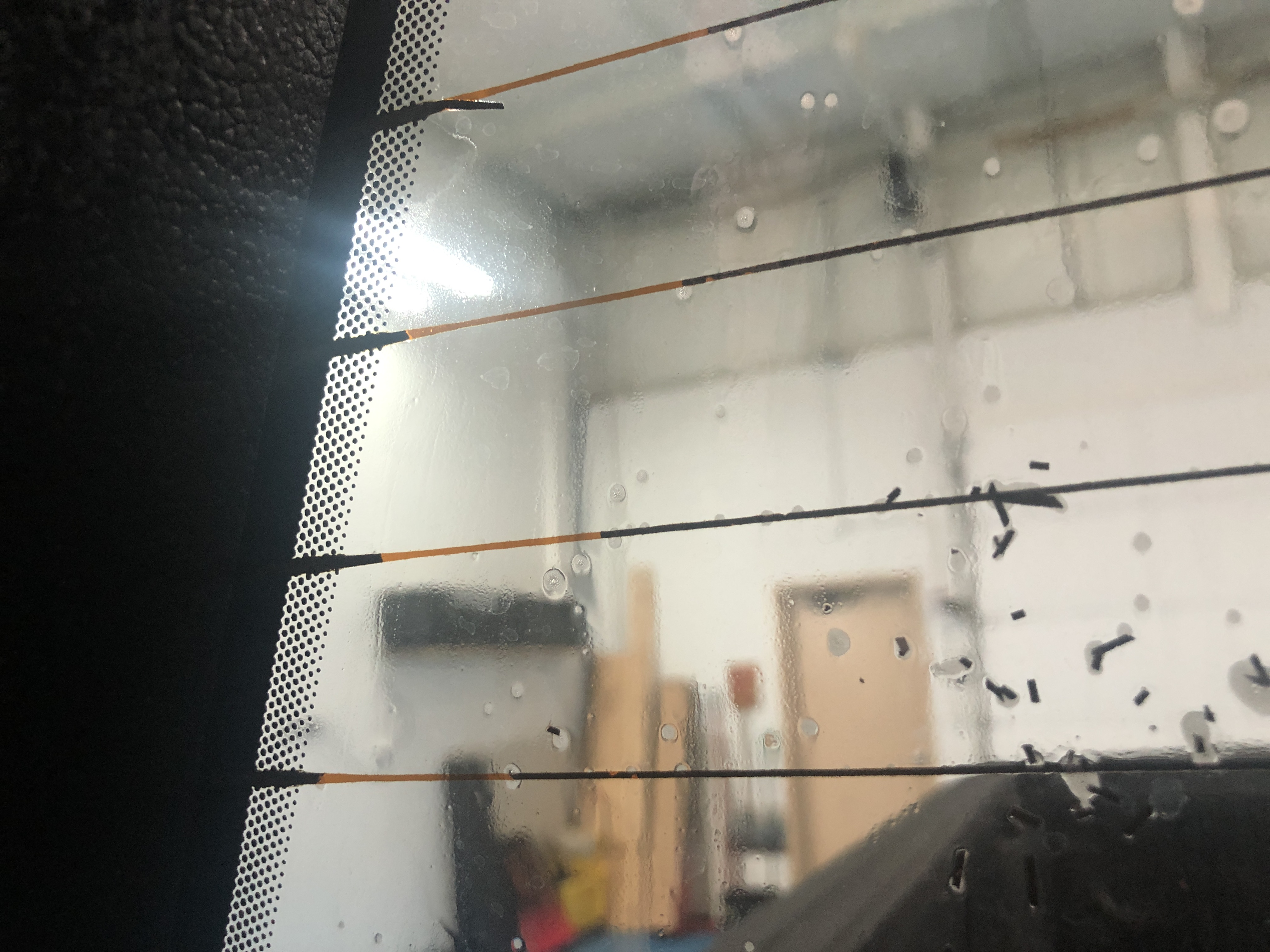 Defroster wires are baked onto the glass during the manufacturing process and are usually permanent. These wires are obviously faulty because they were easily removed while cleaning the window, falling off as a soft scrubby pad crossed over them. 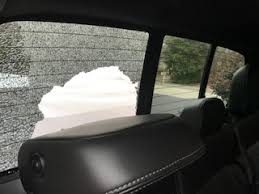 Apparently, there is another problem beyond the rear window defroster wires falling off. There appears to be a separate issue where the glass will spontaneously explode when the defroster is turned on!

We also found that many F150 owners are reporting other problems with their rear window defroster wires just stop working for no apparent reason.

This is the result of a faulty or damaged gasket around the third brake light that is supposed to seal it from moisture. 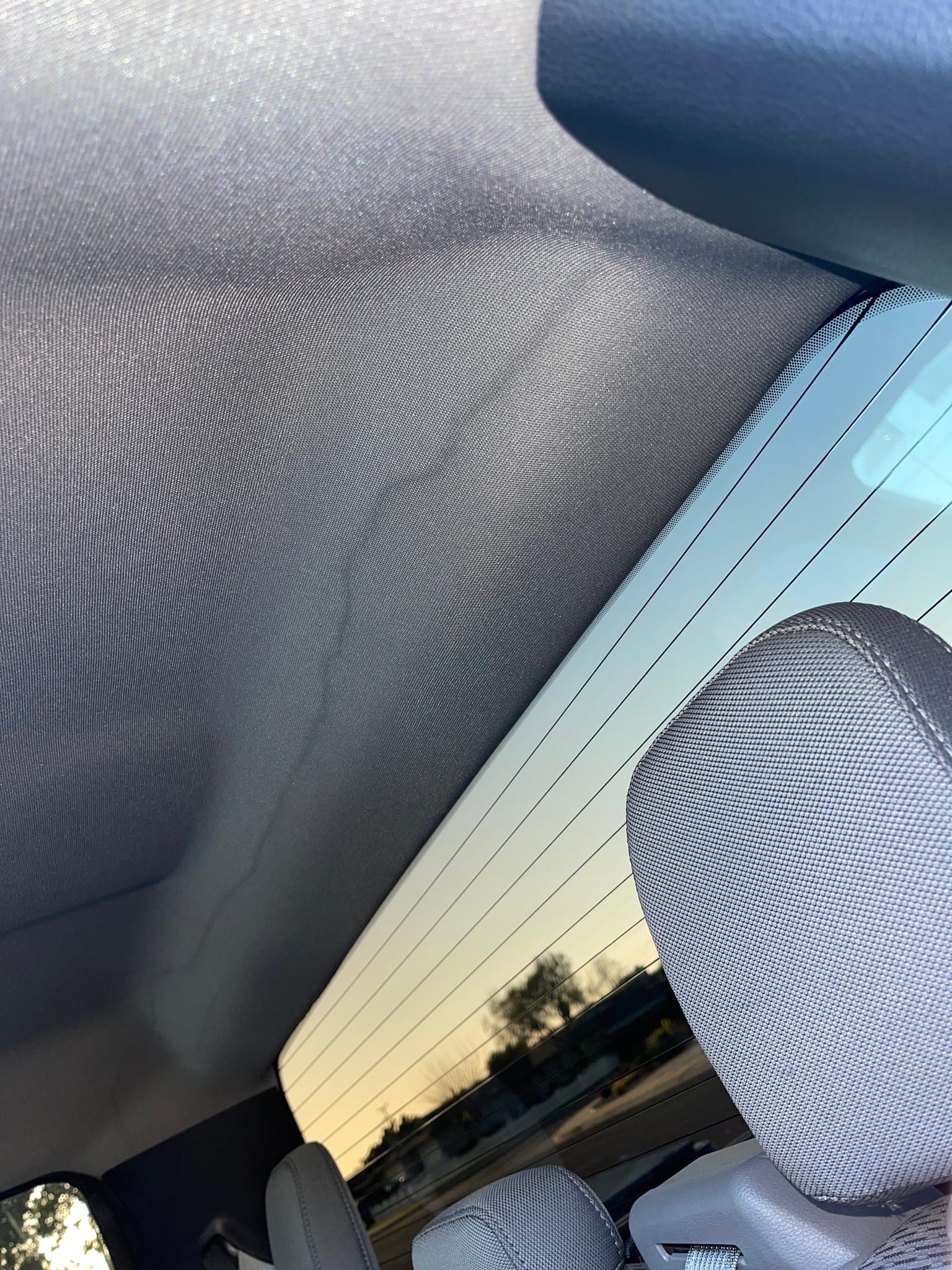 2004-2014 F150s - Water from rain, or car wash systems can leak into the headliner above the rear window of many late model Ford F150s causing a staining of the headliner.